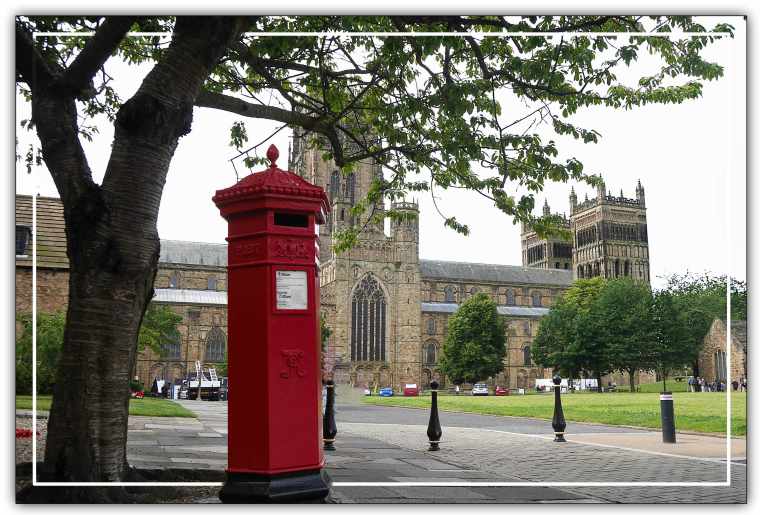 I noticed that at the last three cathedrals we visited there was a pillar box close by and I began to wonder if there was some unwritten rule that a pillar box should always be provided near any cathedral. Why is there such a need for pillar boxes there? Who are the avid letter writers? They almost look out of place, as if they have escaped the hustle and bustle of a busy city centre or commercial area, to find peace and solace in the cathedral green or precinct, and who can blame them?

The most noteworthy of these three photographs is this Penfold hexagonal Victorian pillar box near Durham Cathedral. However, it is not actually a Victorian box. It is a replica, (is that a polite word for fake?) which was installed in the late 1980’s. Once you know that, and look at the overall condition, you realise it is not as old as it claims to be.

The Community of Cuthbert arrived in Durham from Lindisfarne in 995 and built an Anglo-Saxon cathedral. Construction of the Cathedral as we know it today was started in 1093 by Bishop William of St Calais. Amazing to think the construction of the cathedral and the unveiling of this pillar box spans a period of over 900 years. 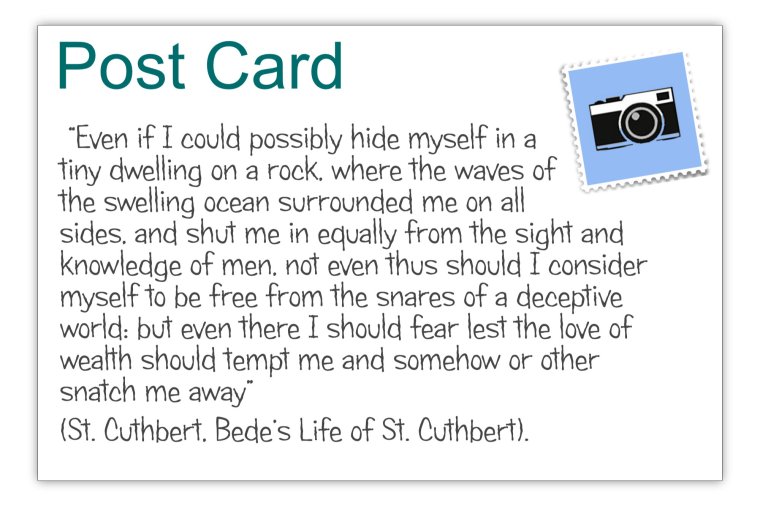 The second postcard if from Gloucester Cathedral. This is the closest a pillar box got to the door of the cathedral so far! 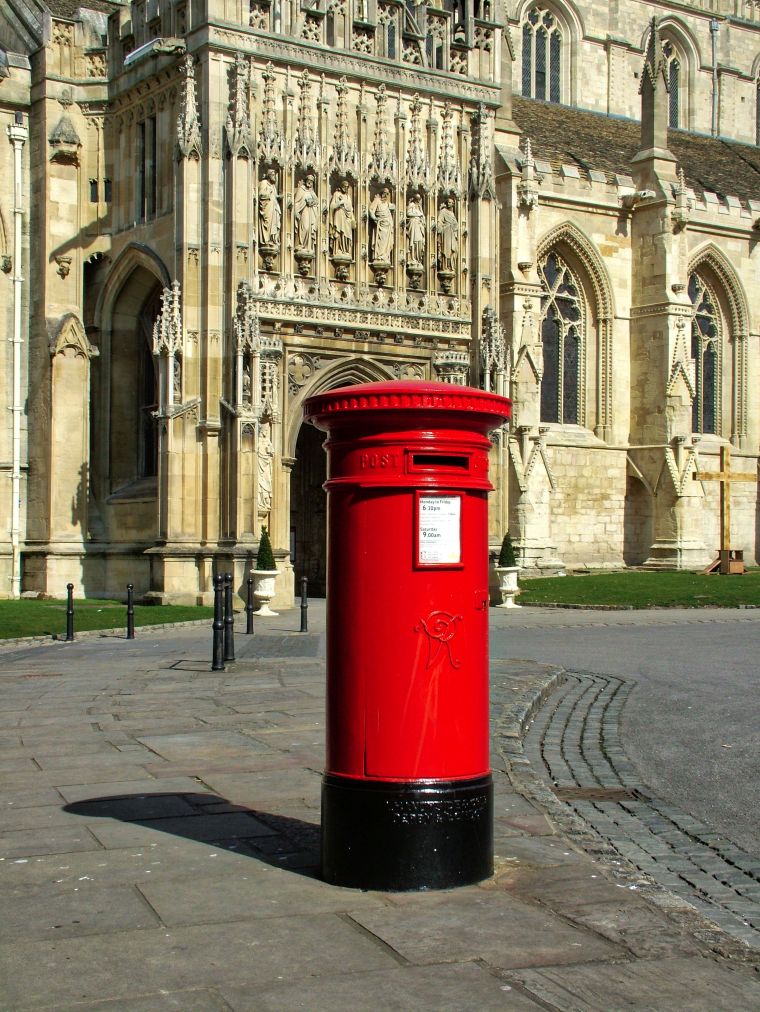 And finally, a pillar box located at The Close adjacent to Lichfield Cathedral. 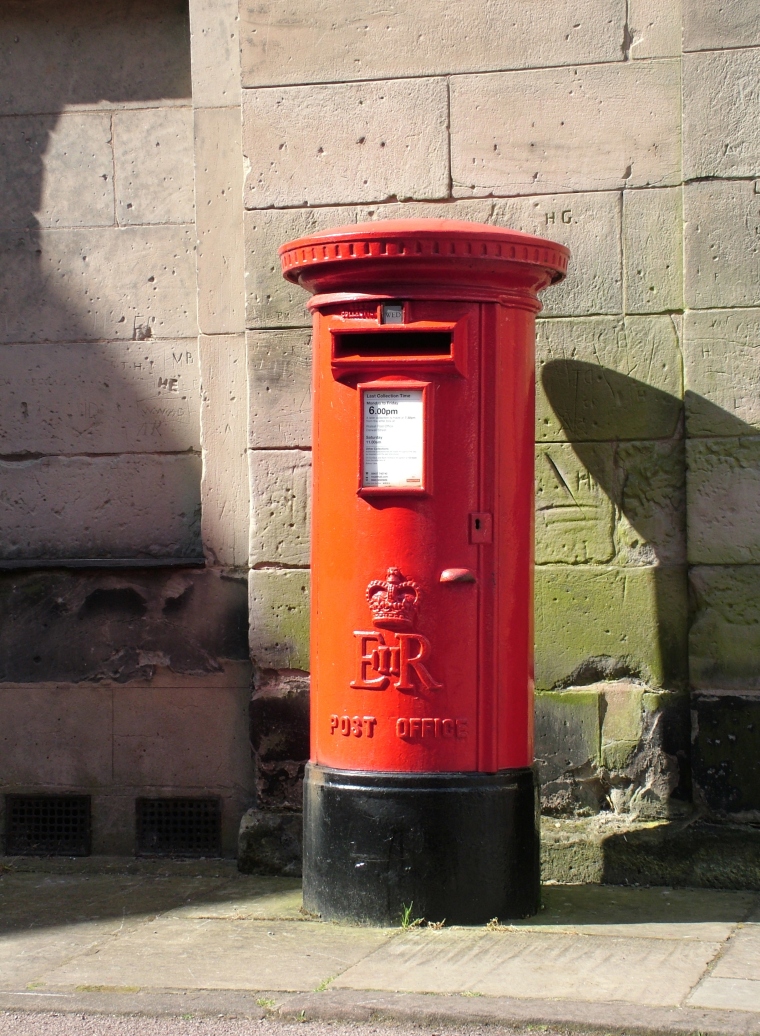