The second day of our recent mini-break was spent at Grange-over-Sands.

We last visited Grange-over-Sands about 15 years ago and as expected, nothing has changed and we were pleased about that. The town has a sort of timeless charm and doesn’t need to change. That of course is spoken as a tourist; residents may or may not agree.

The only thing that should change is the name, Grange-over-Sands. It is a big misnomer and some have suggested it should change its name to Grange-over-Grass. Apparently the “over-Sands” suffix was added to Grange in the late 19th or early 20th century by the local vicar who was fed up with his post going to Grange in Borrowdale near Keswick. Since then, the river Kent has changed its course and the water (Morecambe Bay) and the sand is now a fair distance away. Instead of ‘Where’s Wally?’ it’s ‘Where’s the sand?’

There is a mile-long promenade but this is not a typical seaside resort promenade. This one is totally traffic-free and instead of shops and amusement arcades there are views across the bay on one side and informal gardens lovingly tended by local volunteers on the other side. We ‘Nordic-walked’ the whole length from the station and back with the gardens on one side and views over the bay to the other side. 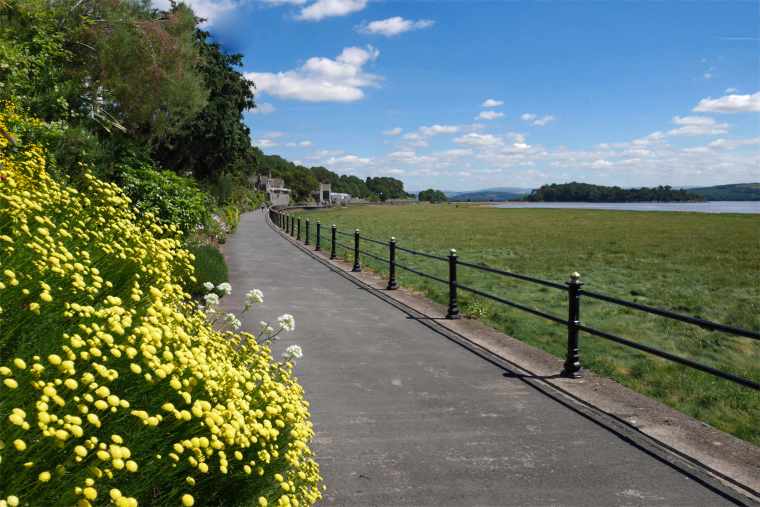 The station building was designed mid-1860s and was tastefully restored to its former glory in the late 1990s. It is a delightful building. The light and shade through the glass canopy created this fascinating effect on the platform. 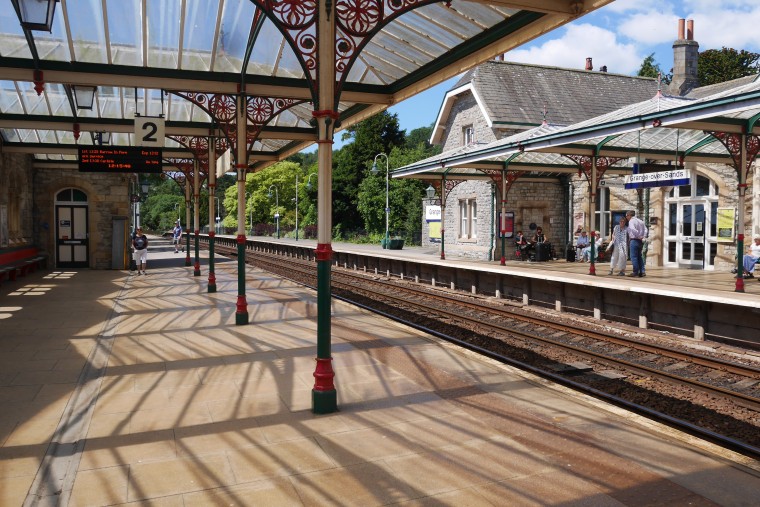 The train was about to leave for Manchester Airport, calling at such places as Carnforth, Lancaster, Preston, Wigan, Manchester Oxford Road and Piccadilly, all a far cry from sleepy little Grange.

Oh dear what can the matter be…?
What was the problem in the toilets which required hazard warning signs and hard hats? Clearly much more than just a dripping tap!