The first day of Lent, so it is appropriate to mention Lent lilies. Until recently I didn’t know that’s what daffodils are also called (thank you BBC Gardeners World). The native or wild daffodil is also known as the Lent lily because it generally comes into bloom and dies away between Ash Wednesday and Easter.

High on the list of places to visit in the Lake District is Dove Cottage, near Grasmere.

Dove Cottage was the home of William Wordsworth and his sister Dorothy from 1799 to 1808. He married Mary in 1802 and she and her sister moved into the cottage. Wordsworth’s intention was to have a time of ‘plain living but high thinking’. Three children arrived in four years so in a small cottage with four adults and three babies how ‘much plain living and high thinking’ was possible is anyone’s guess. He did however write much of his poetry during that period.

A tenuous link to ‘postcards’ is that in 1813 Wordsworth became postmaster and distributor of stamps for Westmorland at a salary of £400 a year. Postcards didn’t come along until many years after that but had they been around in Wordsworth’s time this is what he may have sent…

Little did he know that it would become one of the nation’s favourite poems. 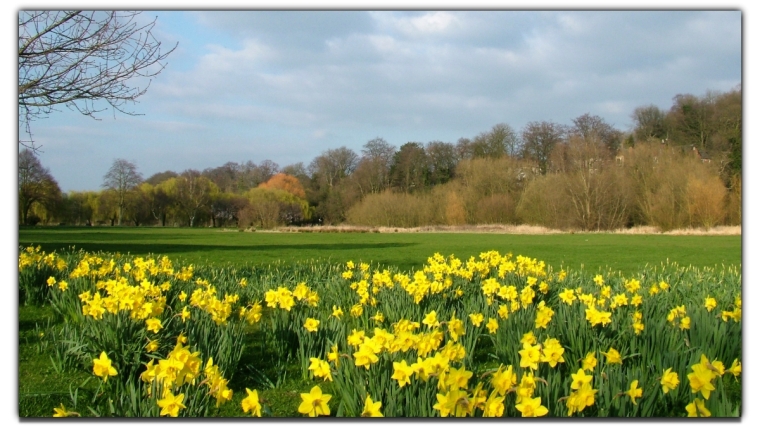 One thought on “Lent Lilies and Dove Cottage, Grasmere”